“Sperton Ukraine” is the Ukrainian company established by Scandinavian professionals in recruiting and business optimizing in order to help Scandinavian companies in Ukraine to focus on their business while we deal with accounting, legal, HR issues.

We are ready to help you
with your business expansion to Ukraine!

We provide support services to international businesses
who are interested in doing business in Ukraine:

Sperton offers headhunting and executive search. We are experts in supplying white-collar professionals to EPCI and IT projects, but are also able to find professionals for other industries.
We can support you globally, every day, 24/7, through every stage of the recruitment process, from recruitment specification, search and selection, interview, tests to contract negotiations with the selected candidate.

Sperton works in partnership with clients to learn their specific staffing goals and tailor our services as required to provide the best solutions to meet clients goals.
Every client, project and situation is unique. With over 20 years of global experience in project execution, we understand your challenges and know how to support you from the start to end of the project.

Labour legislation and requirements in Ukraine are complex. Our team is able to run HR administration process so your company will focus on its business. We can handle employee record management according to labour legislation and your internal regulations when you hire new employees, promote them to new positions or when they leave your business.

Dealing with employment issues are a demanding task that requires ongoing attention and additional internal resources. Payroll services will reduce this administrative burden and eliminate the necessity of managing your own accounting department.
We ensure precise payroll processing compliant with Ukrainian employment and labour law requirements, employee and company data confidentiality. Tax forms, rates and regulations change so it is better to use professional services in order to be compliant.

Foreign citizens can be employed by locally registered companies. The conditions of employment must comply with Ukrainian law requirements. The employer has to secure a work permit for the foreign employee. Application for a work permit is made by employer. Work permit is issued for employment on the specific position in the specific company, and general work permit is not allowed.
There is also some bureaucracy and inefficiency in this area so it is better to use services of professional companies.

It is important to take into consideration particularities of Ukrainian employment law. Careful legal planning and organization of your workforce in Ukraine can help you to save costs and attract better candidates.
The language of documentation, government and public organizations, laws is Ukrainian. Some documents are available in English but it is better to deal with local specialists due to their better understanding of the whole legal situation.

Tax regulations in Ukraine are complex and constantly change. Sometimes they are controversial. It is better to involve professional tax consultant in order to define your financial result for taxation correctly.
The language of documentation, government and public organizations, laws is Ukrainian. Some documents are available in English but it is better to deal with local specialists due to their better understanding of the whole legal situation.

Ukraine is located in the South-Eastern part of Europe. It is the largest country in Europe by territory with ancient history and deep cultural roots. 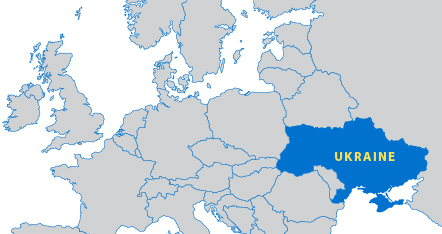 This territory has been inhabited since 32,000 BC. This area was a key centre of East Slavic culture during the Middle Ages with the powerful state of Kievan Rus which had close contacts with the people of Scandinavia at that time. These relations continued then in alliances against common enemies in XVII-XVIII centuries.

Major roles in Ukraine’s economy are given to the agricultural sector and heavy industries. Ukraine is the world’s third largest exporter of cereals and the world’s sixth largest producer of iron. Coal mining, chemical products, mechanical products (air planes, turbines, locomotives and tractors) and ship building are also important sectors. IT is rapidly growing industry making Ukraine one of leading outsourcing destination for IT services.

The country is rich in mineral resources, primarily iron and magnesium, as well as in energy resources (coal and gas). Ukraine is an energy transit country, providing transportation to western Europe and the Balkans, for Russian and Caspian oil and gas through its territory.

The official language of Ukraine is Ukrainian language. It is the language of documentation, government and public organizations, laws, official media. Number of English-speaking people is constantly growing as Ukraine builds closer relationships with the Western world.

There are some challenges in Ukraine due to its confusing regulatory regime, significant red-tape and corruption that came after years of Soviet occupation and post-Soviet oligarch-style system of governance.

On the way to the EU integration reforms are being made to improve ease of making business, re-invent the judicial system, clear off corruption and red-tape, and make the country more attractive destination for investors.

Now it’s best time to travel, invest or do business in Ukraine!

Our Employment Solution to support your expansion to the Ukrainian market

Most generally known way to enter new market is establishing a foreign legal entity – new company that is legally registered to operate in a country outside of its original location.

But there is also another way to expand business – Global Employment Outsourcing, GEO. Sperton has a global employment solution that allows companies to hire and pay employees in Ukraine quickly, compliantly, and without the need of establishing a foreign legal entity. This solution is flexible due to clients’ specific employment scenarios.

Most commonly used legal forms of business in Ukraine are registration as Private Entrepreneur or incorporation of a Limited Liability Company for individuals and Limited Liability Company (Subsidiary Company), Joint Stock Company (private or public), Joint Venture, Representative or Branch Office for business. Selecting the right form of business depends on the type of business, its growth plans, levels of risks, resources for expanding.

Anyway, to establish an entity, you must deal with different local banking regulations, document requirements, employment contracts, find a local director, monitor compliance changes and so on. Maintaining ongoing corporate compliance will require a team of local accountants, lawyers, HR, and payroll specialists. 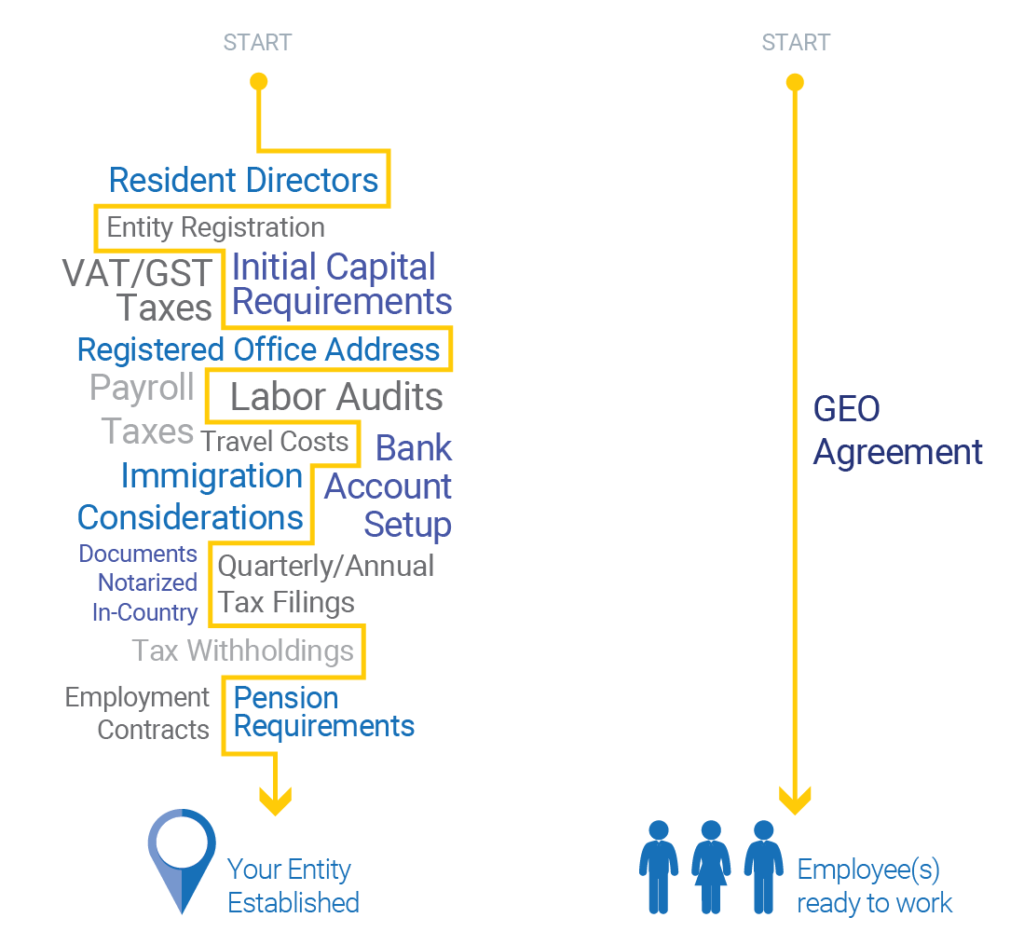 With GEO Solution you just sign a contract with Sperton and your employee(s) begin operating in Ukraine.

Quick and simple way to expand your business in Ukraine!

Please confirm, if you accept our tracking cookies. You can also decline the tracking, so you can continue to visit our website without any data sent to third party services.